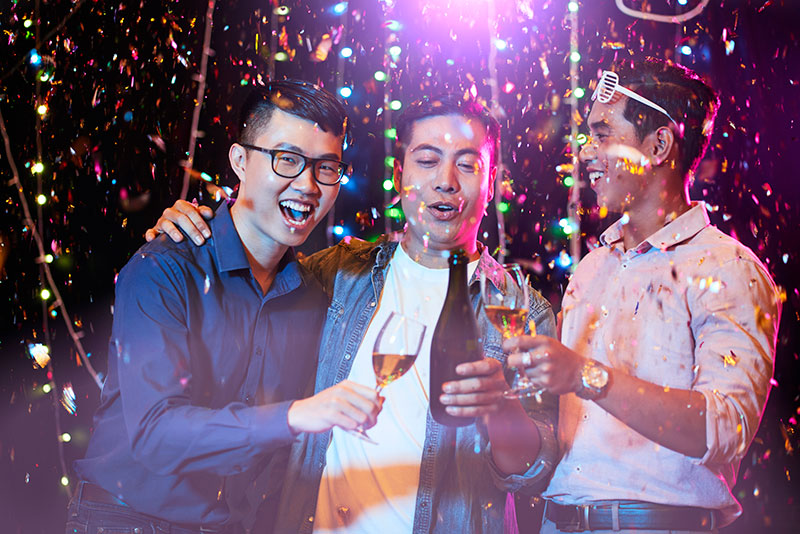 So you're looking to throw that epic bachelor party? Well, welcome to the bachelor party capital of the world. If you want it and dream it you'll find it here. I'm not kidding. I've seen it all and been involved with just about anything you can think of. I'm not one to go into too many details of my buddies' bachelor parties (it all stays in Vegas, remember), but let's just say one had a thing for little-people bartenders and someone else wanted to take frustrations out on clowns. Not kidding. Everyone has their kicks, and despite how the saying goes, Route 66 isn't delivering those kinds of kicks these days. Vegas is.

I'm not going to tell you how to do your bachelor party or even what you should be into. But I will go over some of the better adult entertainment in Las Vegas options, and even some activities you should consider that has nothing to do with private strippers. That way, when it's all said and done, you will have some epic Las Vegas bachelor party stories to tell (or keep to yourself) when you get back home.

Probably the first thing that came to mind when it came to planning this bachelor party in Vegas was strippers. Casinos possibly a close second, but strip clubs. You want to enjoy the fine wine of the stripper world. Can't say that I blame you. Sure, once you've tasted the Vegas stripper scene it'll be hard to go back anywhere else, but heck, that's why you're here. To get the best of the best. And as that final event before the groom's big day, it's a solid way to go out.

Oh, and if you have lady friends tagging along, because that's more common these days, there's plenty of swinging banana hammocks around town, if that's what they are into (although, FYI, better check with them first. I know plenty of women who much rather go to a strip club of all females then a male strip club).

Probably the second reason on your list for coming to Vegas is the casino scene. It's possible to spend a lifetime in the casinos here without ever setting food outside. If you're not a regular gambler you'll want to be careful though. It's easy to blow a lot of money very quickly. I'm not the biggest gambler myself. But you know what I do have lucky with? The video poker at most casino bars. I'm guessing the odds are better, so you keep buying drinks, but just get something strong and nurse it while playing that poker. It's fun, and while you might not end up winning crazy cash, it's a nice way to spend a few hours if your other buddies are seriously into the gambling scene.

Okay, so here's the thing. If you're really wanting a stripper, get yourself a private stripper. Yes, I know, part of the thrill of the Vegas strip scene is not only the facility, but looking over all that sweet, sweet talent. It's like a breathtaking stripper buffet (but one of those annoying buffets at an amusement park where you pick out everything you want and your hair blows back when you find out how much it's costing at the cash register. $20 for jello? Come on!).

With a private service you're cutting some of the fun out, but it's so much better. You won't deal with others trying to steal your girl away, and you won't need to constantly pump her full of cash to keep her at your side. Just one up front payment, a tip later, and you're good to go.

I'm not the partier I once was, but god do I enjoy a good party bus. It's like a limo on steroids. You can stand up, walk around, drink, all while riding between locations in Vegas. I recommend take a party bus if you're staying in a hotel a little ways away from the strip, or if you're pre-gamming at another restaurant away from where you want to end up later. It's a fantastic final way to get some less expensive drinks in your system before the sticker shock of casino and strip club drinks starts adding up.

And FYI, if you are looking to save some green on your drinks, buy your alcohol before getting into Vegas. The closer you get to the strip, the more expensive the alcohol costs.

Where else can you drive a tank and blow up some random junk car? Only a small percentage of the state of Nevada has any kind of building on it (the U.S. government actually owns over 3/4 of the state. Some of it is prime camping land when you just want to get away. Other parts are prime for holding UFOs at bay). But with all that empty space there's plenty of spots where you can shoot grenade launchers, fire machine guns, and just do stuff you've wanted to do since you were 5. Why not do all of that while in town, and then go and live it up in Vegas.

Make It Your Own

Whether you want to drive an exotic car, hit up the strip in a party bus, bring private strippers back to your room, or any number of other activities that are of interest to you, you need to focus on what you will like. Don't worry about what others at home will say or even how others at home will weigh your party to others. It's not a competition, because, realistically, someone will also have a bigger, crazier, more elaborate party. Don't try to outdo people. That's a fast way to lose sight on what is fun to your group. Just focus on you and your group. As long as you do that you'll have the best time imaginable.