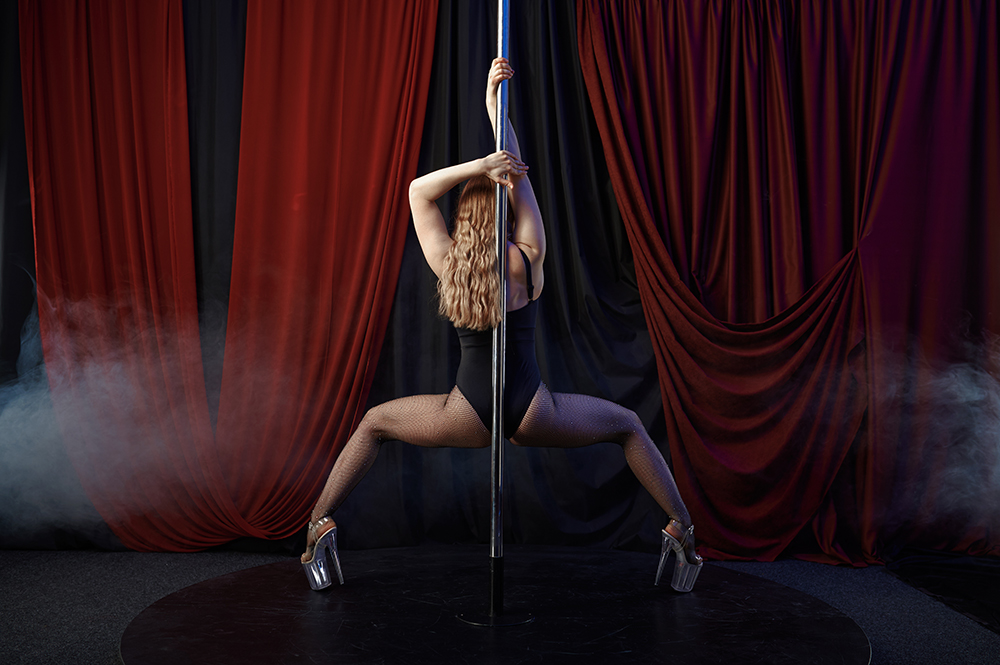 Nothing in a strip club is a problem...if you know how to handle it. Trust me. I've done my share of dumb things in my youth, but, eventually, I've learned from most of them (I'm sure there are still a few lessons tucked away I need to unfold). But if you learn one thing from me, it's to be careful, and keep your eyes open. And that includes keeping your eyes open for strip club vultures.

These women are generally past their prime at the strip club. They probably came out to Vegas in their youth, made some good money, and are not just hanging on. If the lights ever flicked on you'd be able to see the caked on makeup applied desperately to hide their age. Now, don't get me wrong, there's a place for older women in the adult industry, but let's not kid ourselves. It generally a young-woman's game. There's a reason why MILFs in the video spectrum are women in their early 30s. The vultures in the strip club are either way past this threshold, or the desert sun and lifestyle hasn't been kind to them.

They are past their prime and they know it, so they swoop in for the kill early. They try to entrap you early, and if you're not careful, you'll not only shell out more than you'd like, but you'll end up using all your money on the vultures, and not the girls you actually want dances from.

How to Spot a Strip Club Vulture?

Stirp club vultures, as I mentioned earlier, will likely wait near the front of the club. They generally pick off the weak minded and those who just want a dance, no matter what. But stay strong. You can make it through.

After you sit down, they might plop down right next to you before you have a chance to breathe. They might even sit on your lap. It's hard to see their age when they sit on you. They're probably still in pretty good shape, so things might feel pretty good, but again, don't pull the trigger on a dance yet. Don't ever buy a dance from someone just because they are sitting on you. It's a tactic girls use when they know they aren't able to secure dances on their own with their looks or their moves on the dance floor. There's a reason you don't see the top, bombshell strippers coming out and sitting down right on someone's lap. Especially when they first walk in.

So what do you do when someone sits on your lap? Play it cool. You're probably feel tempted, and that's totally natural. But don't go for it. I like to say don't ever buy a dance from the first handful of girls that come up to you. That includes the girls by the door or the girls that sit on you right away. You haven't had a chance to survey the room yet, but they've had a chance to survey you. That gives them the upper hand. When it comes to how to lap dance for beginners, you want to give yourself time to survey. Turn every single girl away until you've looked the girls over and you find the ones you want to dance with. You have no obligation to book a dance with someone just because they're sitting on you.

Stronger in a Pack

Going to a bachelor party or out with the boys? Remember the weak tend to get picked off. Don't let your buddy get pulled out by a vulture, because if there's one thing that's harder than saying no to a girl that's on your lap, it's saying no to a girl that's just given you a lap dance. Rarely does a lap dance go one round. So, by the time your buddy is back, he could be a hundred bucks in the hole. Women, when they go to clubs, they excel at getting their friends out of tricky situations, even if they have to be blunt. Now, I'm not saying to call a woman a vulture, but help a friend out if he's in trouble.

What Happens at Strip Joints

You've already heard that saying of what happens in Vegas stays in Vegas. Honestly, it's kind of a tiresome slogan, in my opinion, at this point. It's played out. But hey, people have fun with it. However, let me be clear about this one in particular: what happens at strip joints stays at strip joints. You're entering a wild world with your friends. And by no means do you go back home and blab about how your one buddy got a lap dance from a vulture, or how another friend was in the VIP room for an hour and he's not saying what went down. Do not, under penalty of excommunication from your ring of friends, talk about it beyond your ring of friends. Because that can lead to all kinds of problems for your friend. Don't be that guy. Ever.

Strip clubs are weird places. There's no question about it. And while I hope you're able to avoid the vultures, things do happen. And really, in the end, as long as you have fun and are safe about it, does it really matter? Not at all. Just as long as what happens at a strip club stays inside the strip club.